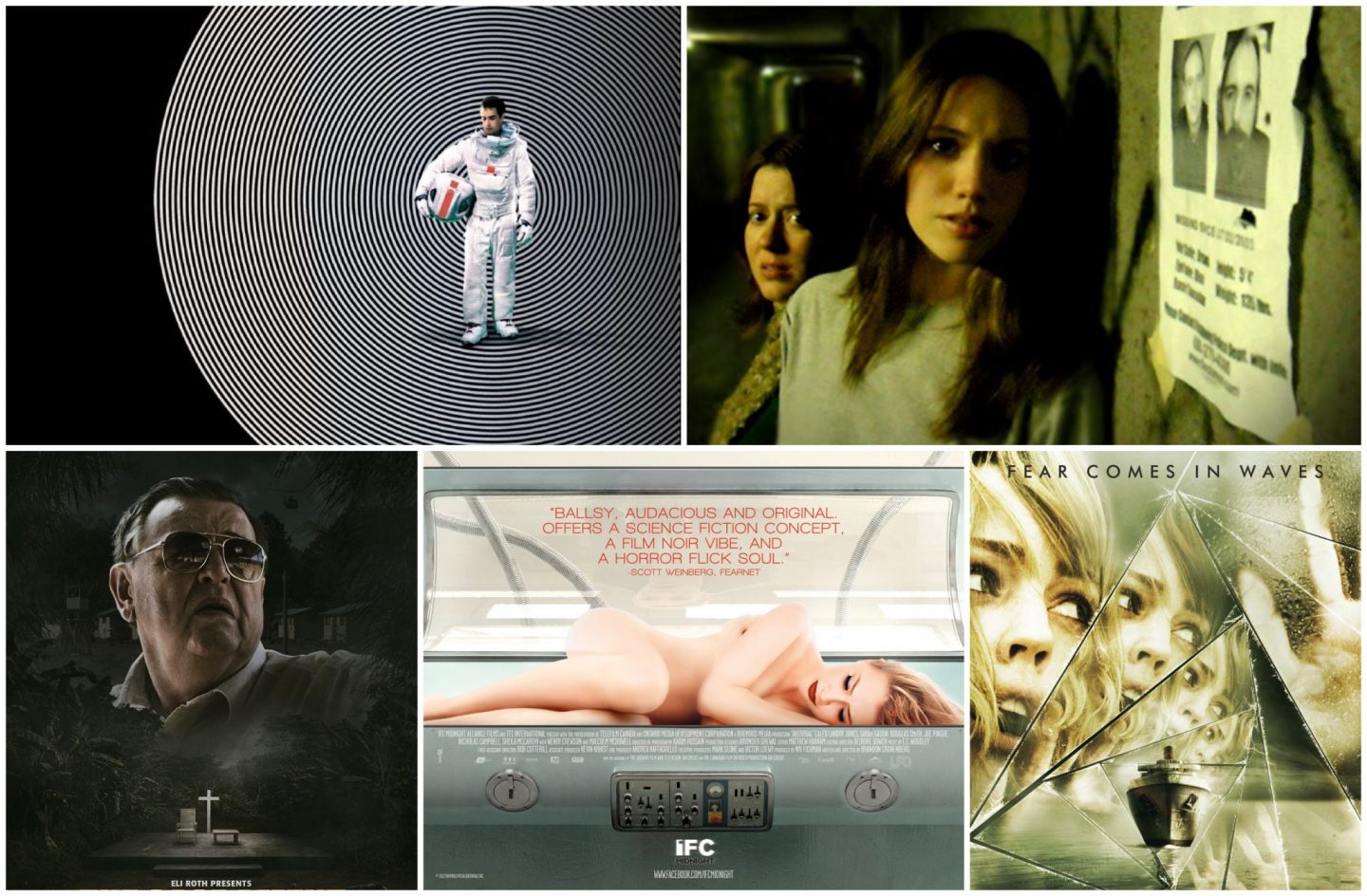 One of my most requested videos is to talk about my favourite horror movies, but here’s the thing – I have over 65 favourite horror films! However, those are really just my “Likes” on Letterboxd. If we are talking about the cream of the crop, there are less, but still too many to talk about in only one video or blog post.

So I’ve decided to narrow it down to 5 horror movies to watch on Halloween 2018 that nobody talks about enough (in my opinion). While I plan to make a video on this in the future, I figured this topic would be perfect for a blog post. Some of these films are true horror, others lean more on the thriller or sci-fi side, so there’s a variety depending on your tastes. You might be able to find some on Netflix, otherwise try your luck on iTunes or wherever works. Let’s get started!

p.s. None of the following movies have much blood or gore. I chose movies that are extremely creepy, disturbing (and some quite scary) without gore being the main scare factor, allowing them to appeal to a wider range of you guys.

NO SPOILERS AHEAD. Try to watch these movies without watching the trailer, as most trailers tend to give away too much. 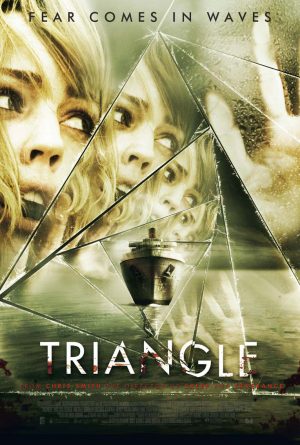 The story revolves around the passengers of a yachting trip in the Atlantic Ocean who, when struck by mysterious weather conditions, jump to another ship only to experience greater havoc on the open seas. [Letterboxd]

One word that perfectly describes this film is eerie. There are so many films and concepts that I could compare it to, but I feel like they would all be too much of a spoiler. Instead I will tell you this – when I watched this film, I thought it would be a standard shipwreck film, maybe some sharks involved, whatever. I was SO wrong (in the best way). I have rewatched this film several times and plan to do it again soon. This movie is not what you expect, has great suspense and a very satisfying twist. Or does it? You’ll just have to watch and find out. 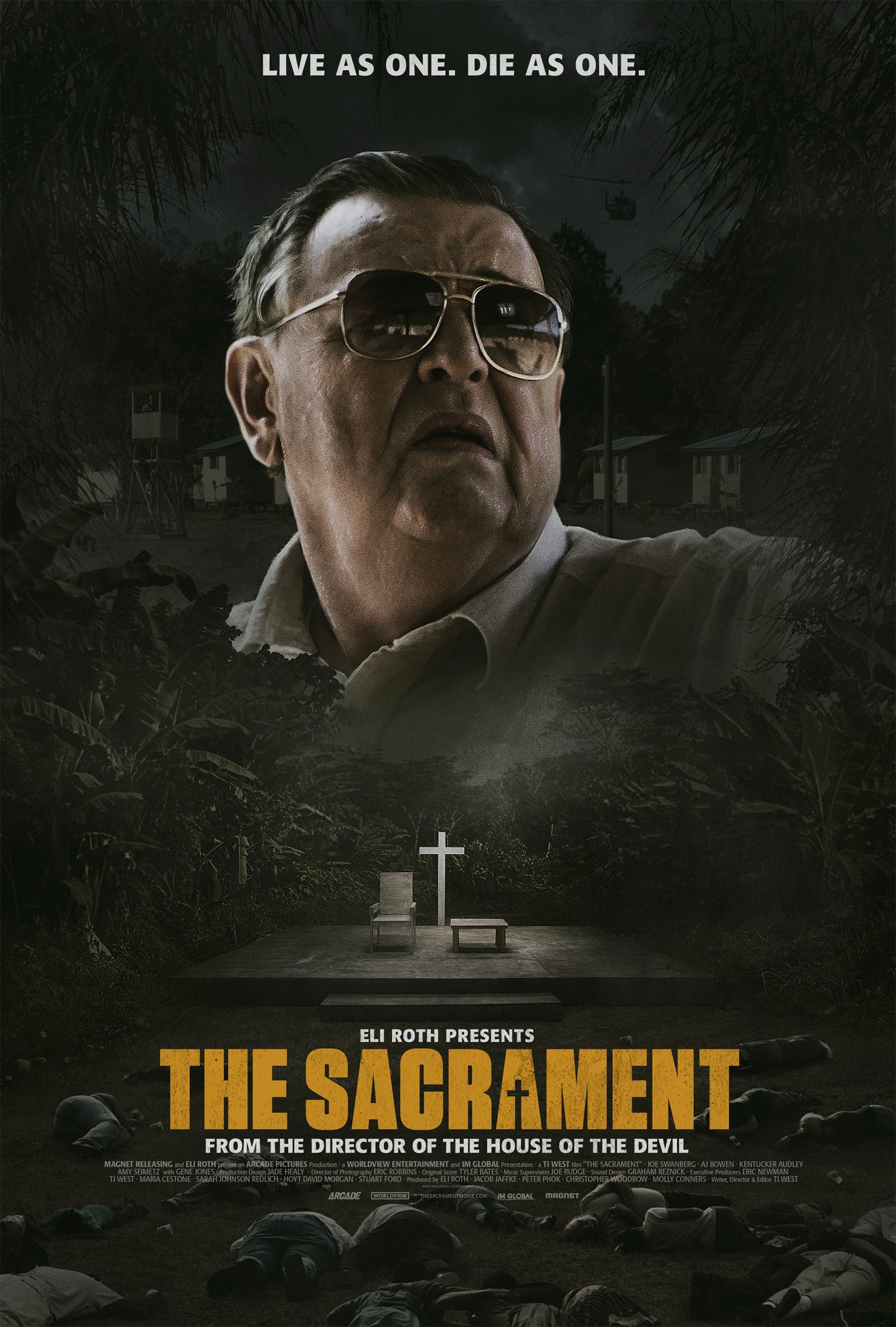 A fashion photographer is traveling to meet his sister at Eden Parish. Once there, his friends begin to film interviews with the Eden Parish inhabitants, all of whom speak of the commune in glowing terms. However, they soon discover that there is a sinister edge to the commune that belies the seemingly peaceful setting. [Letterboxd]

The Sacrament is based on the events of the Jonestown Massacre of 1978, so if you’re fascinated by documentaries about cults, then this one is for you. Just writing this already has me looking forward to watching this film again. Super disturbing and gets gradually more intense and chaotic as it progresses. Also a great one for those who like horror without supernatural elements, as this one is semi-based on real-life. 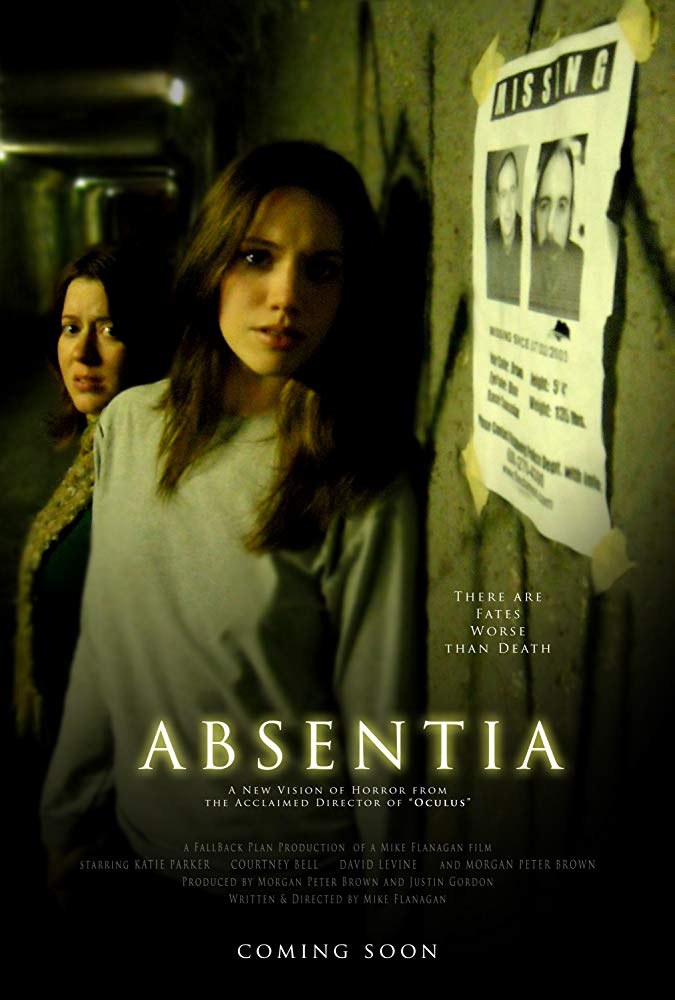 Tricia’s husband Daniel has been missing for seven years. Her younger sister Callie comes to live with her as the pressure mounts to finally declare him ‘dead in absentia.’ As Tricia sifts through the wreckage and tries to move on with her life, Callie finds herself drawn to an ominous tunnel near the house. As she begins to link it to other mysterious disappearances, it becomes clear that Daniel’s presumed death might be anything but ‘natural.’ [Letterboxd]

This one is an indie flick that I’m pretty sure you won’t have heard of. I originally saw this at a horror film festival a few years back and have rewatched it several times since because it is one of the best – if not the best low-budget indie horror I’ve seen (and don’t worry, it doesn’t come across as low-budget  – I’m very picky about that). Some key words to describe the feel of this movie – unsettling and creepy. The concept is unique and you will never want to step inside a tunnel again after watching. Enjoy 🙂 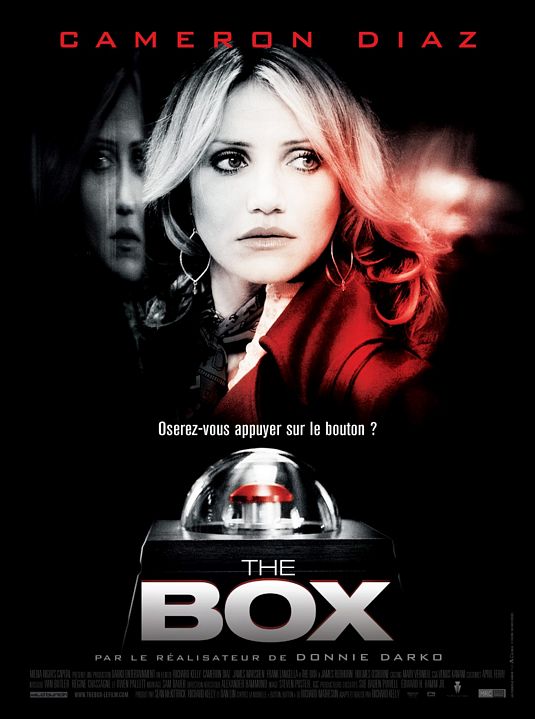 Norma and Arthur Lewis, a suburban couple with a young child, receive a simple wooden box as a gift, which bears fatal and irrevocable consequences. [Letterboxd]

Mixing things up with something a little more mainstream, The Box is an excellent sci-fi thriller that is based on a short story from 1970. I’m being a bit sneaky as I’m not sure this one is actually within the horror genre ??? But I’m counting it anyway as it’s definitely super creepy, unsettling and will be stuck in your head for days. After seeing this film, I brought it up with all my friends and family, asking them what they would do if they were given The Box. A great one to watch with company to spark up some discussion throughout.

After becoming infected with the virus that killed superstar Hannah Geist, Syd March must unravel the mystery surrounding her death to save his own life. [Letterboxd]

Probably the most original horror concept out of all the movies in this list. Imagine a world where you could buy meat that was grown in a lab from the cells harvested from your favourite celebrity, or pay to be infected by the exact same virus that once ran through their body. You could buy Ariana Grande lab-grown meat, cook it, and eat it, or purchase the pathogen that caused Drake to become so ill that he had to postpone his tour. Our future probably isn’t far off from this Lol. Seriously, go and watch Antiviral, it’s the ultimate dystopian horror. 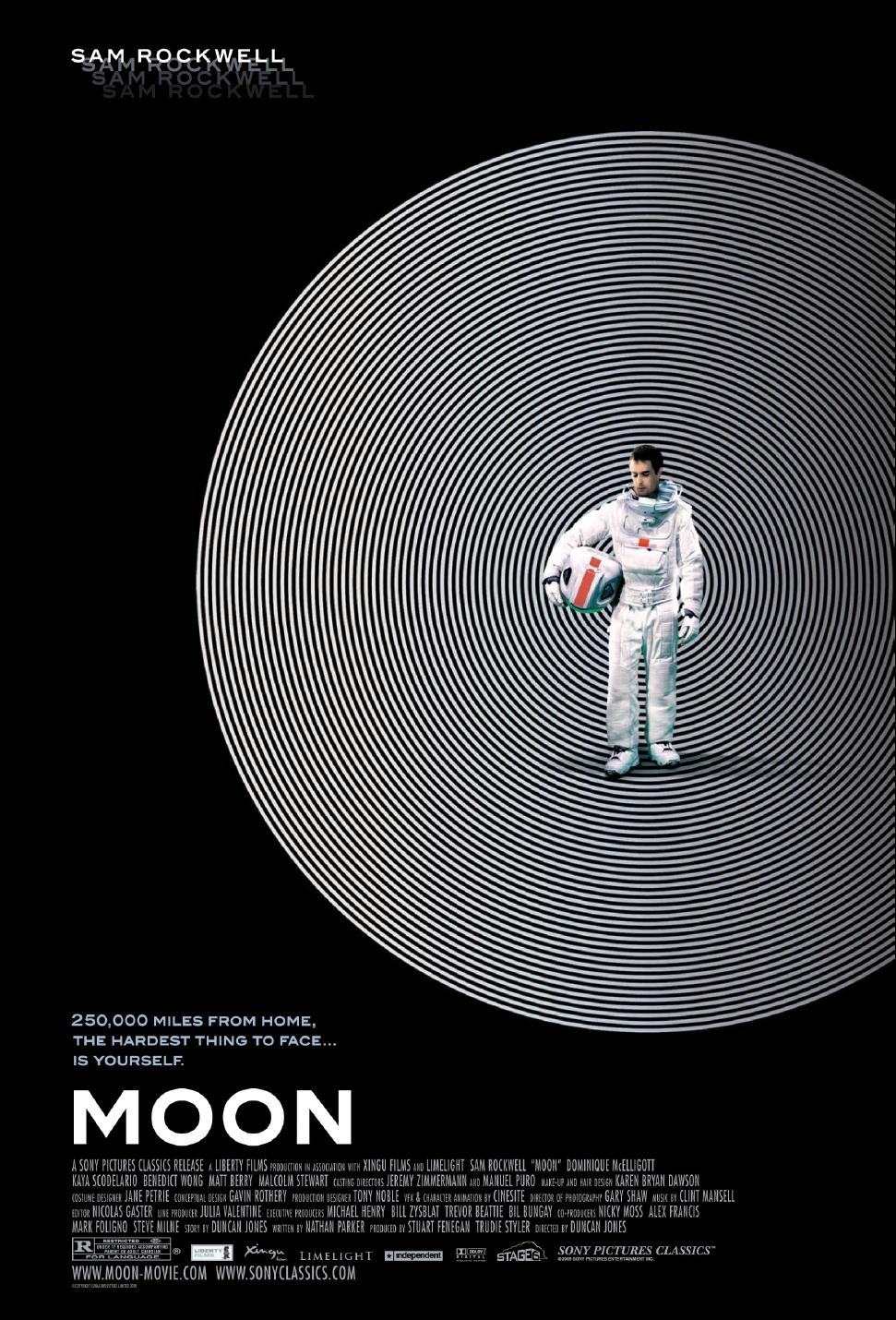 With only three weeks left in his three year contract, Sam Bell is getting anxious to finally return to Earth. He is the only occupant of a Moon-based manufacturing facility along with his computer and assistant, GERTY. When he has an accident however, he wakens to find that he is not alone. [Letterboxd]

So this one is a bonus because a) I’m trying to keep this list to a Top 5 b) this movie isn’t really a horror film (it’s a sci-fi/thriller/drama) and c) I’m not sure if this one counts as lesser talked about (?) but I think it does. So many of my favourite horror films are set in space and it’s no surprise as the isolation provides the perfect setting. The synopsis I grabbed from Letterboxd above gives you the perfect taste of the movie without spoiling anything. I’d describe Moon as extremely suspenseful, eerie, a little sad (?) and all around an excellent film with a great twist.

That sums up my very brief selection of movies for you to watch on Halloween 2018. If you were looking for more “traditional” horror with some blood and gore, request it in a comment and I’ll list those next time. I’ll be sure to share more of my horror favourites in future posts or videos, as I have a long list! Leave me a comment below sharing your favourite horror films and/or recommendations so I can take note – but be warned, I’m kind of one of those annoying people who has already seen everything, so if you’d like to see a list of pretty much all the movies I’ve ever seen, check out my Letterboxd page, or add me on the app @themilkclub. LASTLY – and most importantly – if you watch any of these movies, snap me and tag me so I can see! Happy Halloween! xo