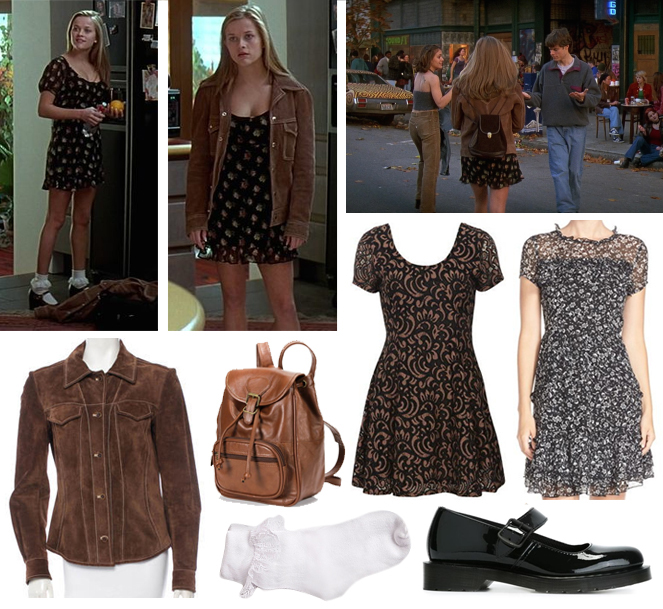 The movie Fear from 1996 is one of those films that I feel is under-appreciated in terms of 90s fashion. The main character, Nicole, is a teenager who falls victim to a super shady guy (I’m not going to spoil it, it’s worth watching if you haven’t) while also having many awesome and inspiring 90s fashion moments throughout the film (I was obsessed with finding low block heel Mary Jane shoes for at least a year after seeing it for the first time). In fact you can watch pretty much any of Reese Witherspoon’s appearances in film during the 90s ~ early 2000s and get a ton of style inspiration. What I like about Nicole’s outfits is that they incorporate so many quintessential 90s trends, just like her first look as above, which you will recognise from my second 90s look book video. They’re also perfect as a guide for recreating an authentic 90s girly look. All items below: